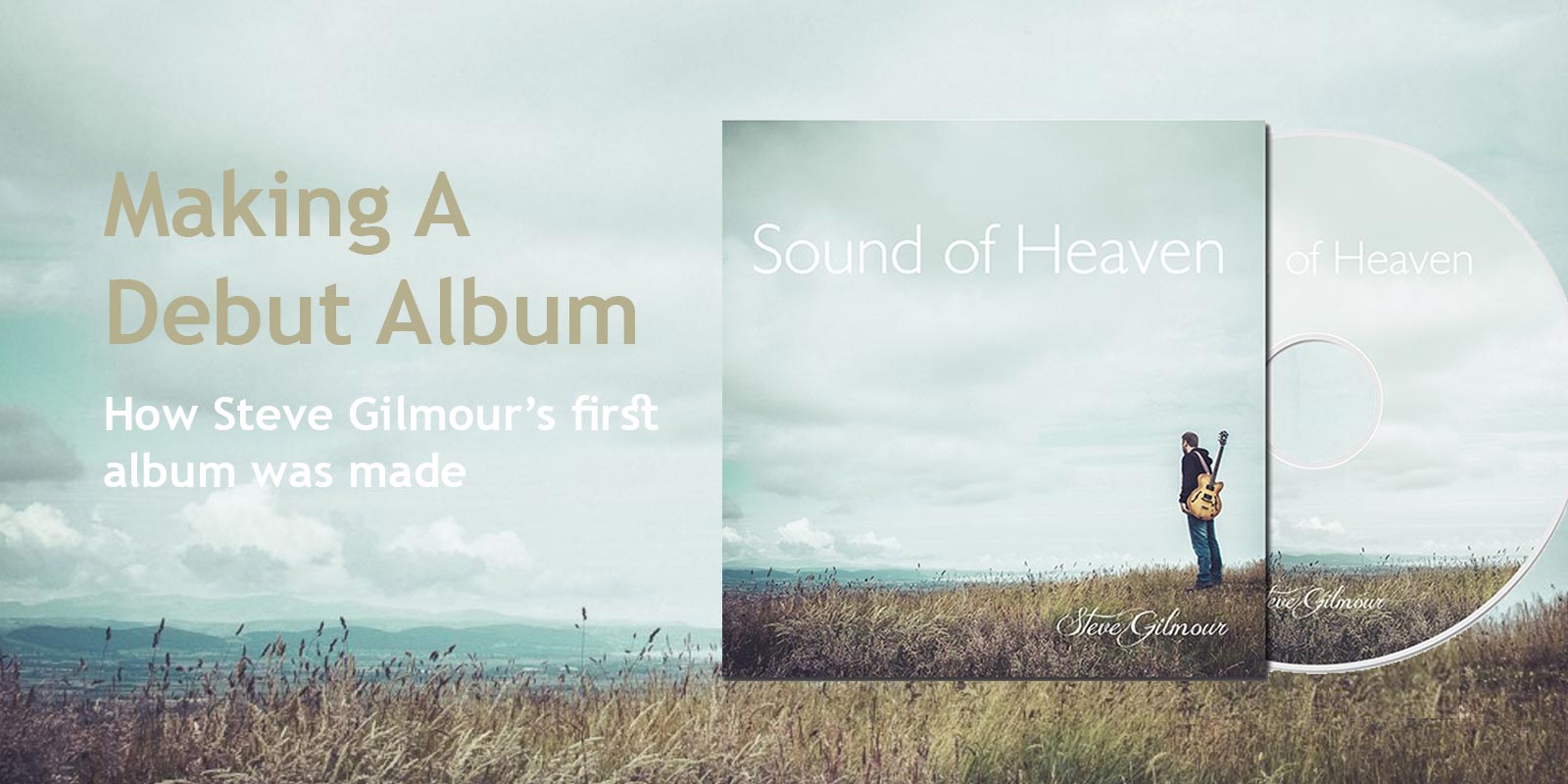 Steve Gilmour is the popular worship team pastor at Sure Hope Church in Old Colwyn. Not only that, he has also become increasingly in demand at events and conferences across North Wales & Chester, leading gatherings of people in praise & worship.

As he had been successfully using a lot of his own songs in these congregational settings, people naturally began asking if he had recordings they could take away – which at the time he didn’t. It was at this point that Steve got in touch with me – and consequently we enjoyed a good old chat over a coffee or three…

These occasions are invaluable.

It’s vitally important to gauge if the chemistry is going to be good between an artist and producer. If the vibe is a little awkward, or neither one is understanding the other, this will only intensify and be increasingly difficult for both parties as the project develops. Recording your music is putting your heart on the line and you really owe it to yourself to work with someone who gets you.

On occasions when I’m not convinced that I’m a good fit for the artist I’ll point them to another studio where I think they are likely to click better. The music will turn out better – and that’s always the point.

The great news was that Steve and I were both as enthused about the project as one other, and I had understanding of the context of his songs pretty well as I’ve been part of church and conference worship bands myself. Game on!

Having played through the songs and agreed on the general direction for each of them, we set out recording guide tracks to a click track. I had no intention of these tracks being part of the final recording, but their vital role was instead to provide an outline for the drummer to record his parts to.

First session – Steve singing and playing the guide tracks for Sound Of Heaven.

Steve had told me good things about drummer Dewi Thomas. Everybody has stories about their drummer friend who is amazing. Usually the reality is that they can play a few fancy fills but struggle to actually keep time. Drummers like this are often a nightmare to record – especially if we’ve recorded a guide to a click track.

But not so with Dewi – the man is rock solid. A human metronome, a delight to record and a refreshingly humble guy. I was so impressed with him that I enlisted him for a couple of other projects – including playing live for my band!

We recorded the drums for the whole CD in one (long!) day, in which we hired Sure Hope Church’s main auditorium. It’s a good sounding room and worked really well.

The rest of the album was recorded and mixed back at the studio. Steve played the acoustic guitars and I supplied most of the rest of the instruments. We also enlisted a few friends to sing backing vocals here and there, which really helps to add richness and variety to the overall sound.

Steve already had the title Sound Of Heaven in mind for his CD, and the concept behind it was for the music and words to connect heaven with earth. So, the artwork had to reflect this kind of idea.

Steve features on the cover, and he stands as the musical connecting point between the earth and the magnitude of the heavens. I remember it being a very early morning as we climbed a hill in the Denbighshire countryside to shoot the pictures for the cover. The things you do for art!

You can read the full story of the album cover photoshoot here.

Once the recordings were all mixed, mastered and approved by Steve I sent them, and the artwork, off for production. It’s always an exciting moment when they arrive back and they look as great as you’d hoped!

Lastly I also submitted the album to the popular digital distribution channels iTunes, Amazon and streaming services such as Spotify.