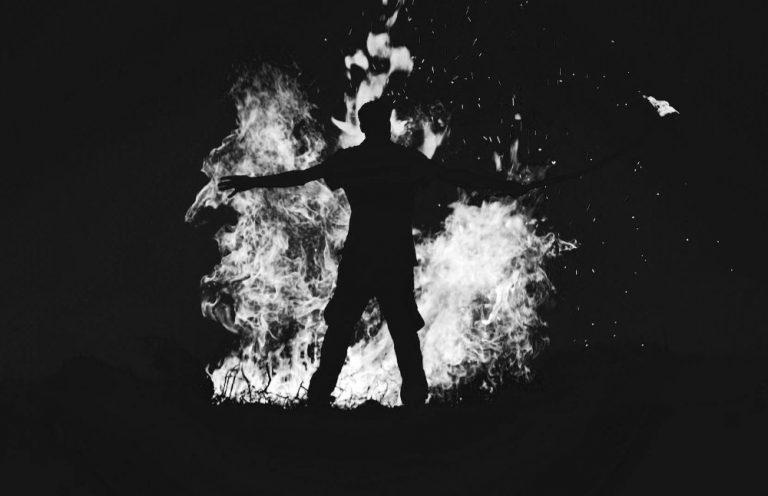 I’m not ashamed to admit this, but I’m a bit of a Bear Grylls fanboy. That’s not to say I’d fancy camping out with him in the middle of nowhere, cooking snails and drinking my own pee. I’d rather just watch others doing that on the TV, thank you very much.

However, one of the skills I’d love to learn from him – no matter where I am or what materials I have available – is to always be able to start a fire.

In the quest for survival in the wild, one of the first and most important things you need is the ability to make fire. Fire will provide you with light, warmth, the facility to cook, and with it you can purify otherwise undrinkable water. Without the ability to create fire, you’re pretty much scuppered. Game over.

The same is a truth for us creatives. The terrain out there is wonderfully heavy laden with resources and opportunity, but it is most definitely a wild and untamed frontier. Yes, the environment is intrinsically good, but it is also replete with danger, and to thrive you will first need to learn survival skills – and those require fire.

What I learned about fire in physics lessons

I can still picture the bright yellow science manual at school. It was bound in an impossibly thick plastic protector that caused the whole book to creak when you opened it. To be honest, I found the sound of it more compelling than its actual content. Physics was rarely a favourite. Apart from one day, when one of my more annoying classmates managed, with some overly enthusiastic misuse of a Bunsen burner, to singe off his eyebrows. Now, that was funny.

We all learned about the fire triangle that lesson.

Simply put, the fire triangle illustrates the three elements a fire needs in order to ignite: heat, fuel, and oxygen. If you create a situation in which all three of these are present – whoosh! – it’s goodbye eyebrows.

The artist who wants to take their art beyond just noodling around at home also has need of three vital elements in order for ignition to happen. I think of these as The Creative Fire Triangle:

In relation to these three elements, there is a phenomenon experienced by many creatives when working on a project. You may well recognise it.

Now, I’m not suggesting that you need to be an independently wealthy idler with an ego the size of Chicago in order to get a worthwhile creative endeavour to ignite. But, I am saying that – even though time, resources and confidence can feel elusive, especially when you need them all to be present at the time same time – they are achievable. They’re actually available and within your reach.

There is a way these things work.

This is your life and it’s your artistic heart at stake here.

So, it’s time to engage that creative mind of yours.

Your mission – through relentless inquisitiveness, study and experimentation – is to uncover and discover what this way is for you. Learn how to learn (perhaps for the first time).

There is a way.

Try an idea out and see what happens. Repeat the aspects that worked, and ditch those that didn’t. Write down your results and go again. You’re inching ever closer to your project’s ignition point.

Then, when in your persistence you create those perfect conditions in which all three elements of the creative fire triangle are present – whoosh! – it’s goodbye eyebrows of artlessness.

The great news is that your second fire is then much easier to start than your first was. And your third is even more so. Before long, what used to feel impossible becomes instinctive.

There is a way these things work.

So, my friend, let’s get ourselves out into the creative wilds. It’s time to start some fires.