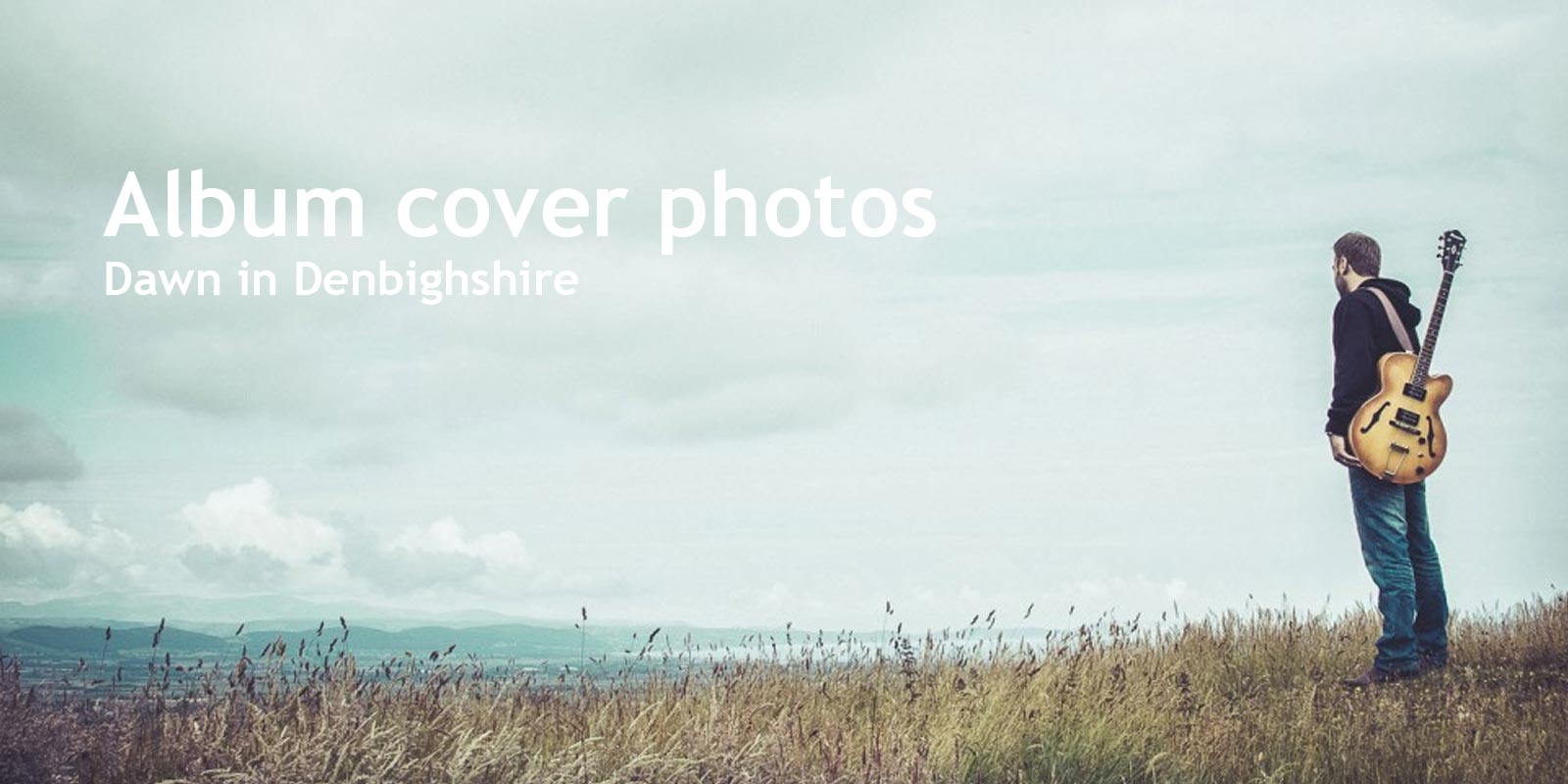 The conversation with North Wales based singer-songwriter Steve Gilmour started as his debut album was approaching completion. During our planning meeting I really appreciated that he knew exactly what the title was going to be.  It’s rarely much fun when a title changes mid-project (and the whole artwork with it!) so I was thankful that Steve had settled on “Sound Of Heaven”.

The songs on the album were from a Christian worship perspective and, as such, the “Sound Of Heaven” was about Steve bridging the gap to connect heaven and earth with his music. Therefore, we agreed that the final shot should have a strong sense of the magnitude of the heavens in contrast with the earth, and although Steve would be on the cover he should be fairly anonymous and incidental to the bigger picture. We had our concept.

Despite what the media would lead you to believe, photography isn’t always as glamourous as you’d think. It often requires a large degree of military-like planning and ability to follow through on that plan.

Our photo concept required that we had to be up very early in the morning, drive to our location in the Denbighshire countryside in North Wales and have climbed to the top of a hill, with all my camera gear and Steve’s guitar, before the sun reached a high point in the sky (not always easy in the summer!) If we arrived too late the light would be overly harsh and we’d have to repeat the whole thing again another day – and we didn’t really fancy that! In addition, Steve was on a tight deadline to get the CD produced before a particular date, and availability in our diaries coincided only once within that constraint. No pressure then!

Thankfully everything went as we’d hoped. The sun behaved itself and stayed behind the clouds and we quickly found a couple of decent vantage points that worked well. So, we shot a series of variations from these spots and landed the image that is now being used as the cover. We also enjoyed some friendly banter with a couple of bemused dog-walkers and even arrived back at base in time to enjoy a cup of tea and second breakfast. Result!

Click here to read more about the making of Steve's debut album.